Indie comics are a thing on the internet.  And, with the big name comics declining (Marvel, D.C., Image, etc.), and probably dying, I thought I would take a look and do some reviews.
The one thing that is important in comics, arguable the most important, is the artwork.  I was surprised to see so much high quality work in the independent comic scene, and in many cases better than the mainstream publishers.  I’m going make a bet that alternative comics will be where the real talent is at in the next decade, unless some miracle happens and big name comics turn their ship around.

Right now it’s easier than ever to get your comic book published (e-version at least, printing paper versions are still a major inconvenience) due to sites like patreon and indiegogo.  If you interested in getting into reading comics, you’re better off seeking out independent titles and supporting their creators because they will appreciate their fans more than the current creators at the mainstream publishers.  There is a noticeable hostility happening right now between the fans and the creators in places like Marvel comics.  I say it’s better to avoid all that.

Rags is serial comic book up to issue #2, starting with #0.

The selling point of this comic is: voluptuous redhead runs around naked being chased by zombies.  That’s it.  And it’s all in penciled, inked, and colored detail (mostly colored, the de-clothed redhead is always in color, while background and other characters are allowed to be in a dystopian gray).

The story (yes there is one) is centered on the redhead, a twenty-something-year-old woman named Regina Ragowski, who is allegedly a US marine.  To be honest, she comes off more as a stripper than a soldier.  Even with the patriotic/marine/guns themed tattoos on her arms and other parts of her body, I got a strong ‘she’s a stripper vibe’ coming from Regina.  The tattoos themselves add to that feeling regardless of the imagery that was used for the tattoos.  And frankly, Regina IS LITERALLY the stripper of the comic book.  You feel like getting your ones out when “reading” Rags.

About the nakedness though (the whole point of the series), you might be disappointed if you buy the standard versions of Rags, since those are censored.   Little black-faced bunny faces cover the most sensitive parts.  There, apparently, are uncensored versions out there, but they aren’t so obvious to find.  The creators used the uncensored versions as a marketing tool for promotion, and thus, they would only release the uncensored versions when they hit some success threshold in sales.  The printed paper versions they plan on releasing will not be uncensored (as of now).

Regina as a character is not very endearing to say the least.  She has a bad attitude.  She drops f-bombs like she is bombing an Iraqi village filled with insurgents.  She’s not a girl you would want to bring home to mom and dad, that’s for sure.  She might look like the girl-next-door (minus the tattoos) but she definitely is not.

Being a US marine, you might think she would have a place in her heart for small town people and American farmers.  But nope, she thinks they are “stupid fucking hicks” and she believes those hicks live in a “stupid fucking backwater piece of shit hick fucking town.”  I’m guessing that Regina is from the city.  When a little boy is bothered by Regina’s nakedness and the father covers his son’s eyes, Regina seems to be offended by this for some reason.  All the while, she verbally castrates men for getting to see her “little show”.  You also find out that Regina may have been prostituting herself in the past and possibly doing other terrible things.  I have to wonder: is she a stripper or not?

Not that anyone else has a better attitude either, it’s a zombie apocalypse I guess, and everyone is dropping f-bombs and calling each other stupid or idiot.  Just a bunch of miserable, unlikable, people that you meet in the story, and therefore, there’s not a lot to root for in the world of Rags.  Are the zombies the real heroes?

Regina’s nakedness is a major plot point in the books (as you may have guessed).  She always needs to find clothes, especially pants, but she’s denied this all through the story.  Even if she was able to find, say a bathing suit top and bottom, the zombies will inevitably tear them right off Regina’s body and then she’s back to square one without clothes.  That’s essentially the plot of the comic series so far; Regina needs to find clothes.  In a flash back scene, you find out that Regina’s unlucky nakedness was her own fault, initially.  So don’t feel bad.  In fact, you shouldn’t feel bad for Regina what-so-ever.  She does not come across as a likable person and the people (I think she cares about) do nothing but argue with her and get killed.  Regina appears to be a dysfunctional emotional nut case that likes to run around naked.

This comic series is for anyone that wants to see a young redheaded woman with a stripper’s body (and terrible attitude) run around naked from zombies.  The artwork is good but the story and characters need some improvement for me to care.  T & A isn't everything.  I give it a C-. 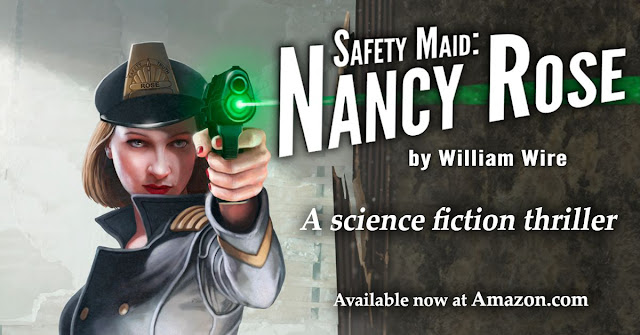