I haven't had my laptop (my only computer) available for the last few days now.  I nearly killed it by dislodging the power adapter from the side port by tripping on it.  When I tried putting  the adapter back in the port; there was nothing there and it wouldn't charge.  I feared I had broken for good and would need another one.

Fortunately, it had a full battery charge and I was able to take all the important files off and back them up.  My main issue then became what computer would I use to write with.  I still needed to finish the first draft of Jean Paris Foxglove.  Yeah, I'm close but I have plenty of work left to do.

I called Dell hoping I could trade my laptop in for a new computer.  I guess computers don't work like cars because all they offered me was a charge for repairs.    My warranty had expired already and there was nothing they could do for me that didn't require spending money.  I didn't like the sound of that, so I decided to attempt to fix it myself before sending it for repairs or getting a new one.  I run on a tight budget so I need to save money where I can.

The good news is that I was able to fix it.  I took the laptop apart and was able to move the port (which was still inside thankfully) to where it needed to be.  As of now, the computer fires up and can charge now.   *fingers crossed* 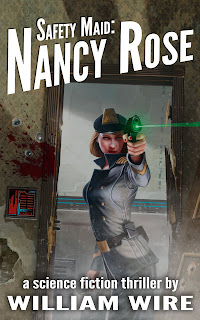